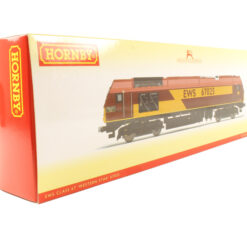 A total of thirty Class 67 locomotives were built between 1999 and 2000 by Alstom, in Spain, for English, Welsh & Scottish Railway (EWS). These Bo-Bo configured diesel electric locomotives have a large fuel capacity, electro-pneumatic brakes and a top speed of 125mph (200km/h). The bodyshell is a monocoque load bearing Alstom design, whilst the bogies, also designed by Alstom, are of an “H” frame design, The engine, traction motors and control electronics are the same as those used in the Class 66, but differ in that the traction motors are frame mounted, rather than axle hung, to reduce unsprung mass.

The gear ratios have also been increased, allowing higher speeds and the cab is designed around a central driving position. The Class 67 locomotives are able to supply electric head-end power for passenger train heating and air-conditioning and are equipped for buffer and screw coupling, as well as also coupling via a buckeye coupler, attached on a swing arm mount. The first locomotive to be delivered was 67003, arriving in October 1999, but plans for a rapid acceptance into service were delayed by loading gauge issues. The high axle load of the locomotive caused an initial speed restriction to 110 mph and modifications to the bogies were required, all thirty units being modified by June 2003.

Designed to replace the ageing Class 47s on high speed mail and passenger services, the fleet was originally allocated to Cardiff Canton, Toton and Bristol, but with the demise of the Rail Mail services between 2003 and 2005, the locomotives became redundant after only five yearsâ service. Sent to storage for future needs, gradually they were moved to freight duties and during the winter months they had a role as ‘top and tail’ treatment trains for clearing leaves and ice from tracks.

The locomotives have also been used as ‘Thunderbird’ rescue locomotives for failed trains on the ECML, on some freight train diagrams and as a popular hire for use on chartered tourist trains. Two of the Class, 67005 and 67006, were re-liveried in Royal Claret for hauling the Royal Train when required and in October 2007, 67029 was dedicated ‘Royal Diamond’ at Rugeley Trent Valley to celebrate the Diamond Wedding Anniversary of Queen Elizabeth II and the Duke of Edinburgh.

Some Class 67 locomotives were moved to the West Highland route for sleeper duties, but the slower speeds and frequent braking required on this route caused problems with the seizing up of brake blocks, only rectified by imposing a maximum speed limit of 80mph and fitting cast iron brake blocks.Five locomotives were also dedicated to Wrexham & Shropshire’s services until it ceased operating in January 2011 and Chiltern Railways took the opportunity to bring those locomotives in to haul passenger sets from December 2010.

Additionally, in March 2012, Arriva Trains Wales leased three Class 67s from DB Schenker to replace its Class 57s on its North-South Wales Premier Service. Our locomotive, 67025 Western Star, was built in Spain during May 2000 and was named on September 28, 2001 and is featured in its current livery of EWS Maroon with a zig-zag gold band, large number and logo. 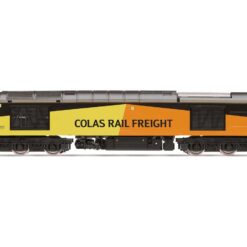 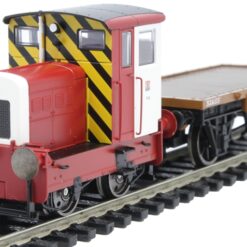 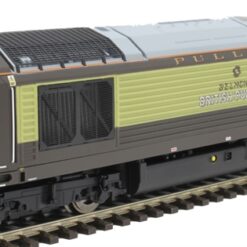 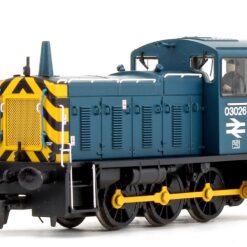 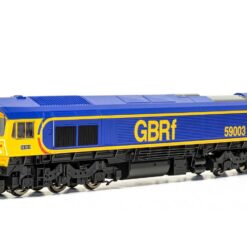